Gate crashing a university house-party in 2012 proved one of the best decisions Sarah Dempster ever made.

That night she met Brodie Garth, several months later they were inseparable and on a windy spring day in October 2018 the couple cemented their love during a ceremony alongside the Goulburn River at Mitchelton Winery. 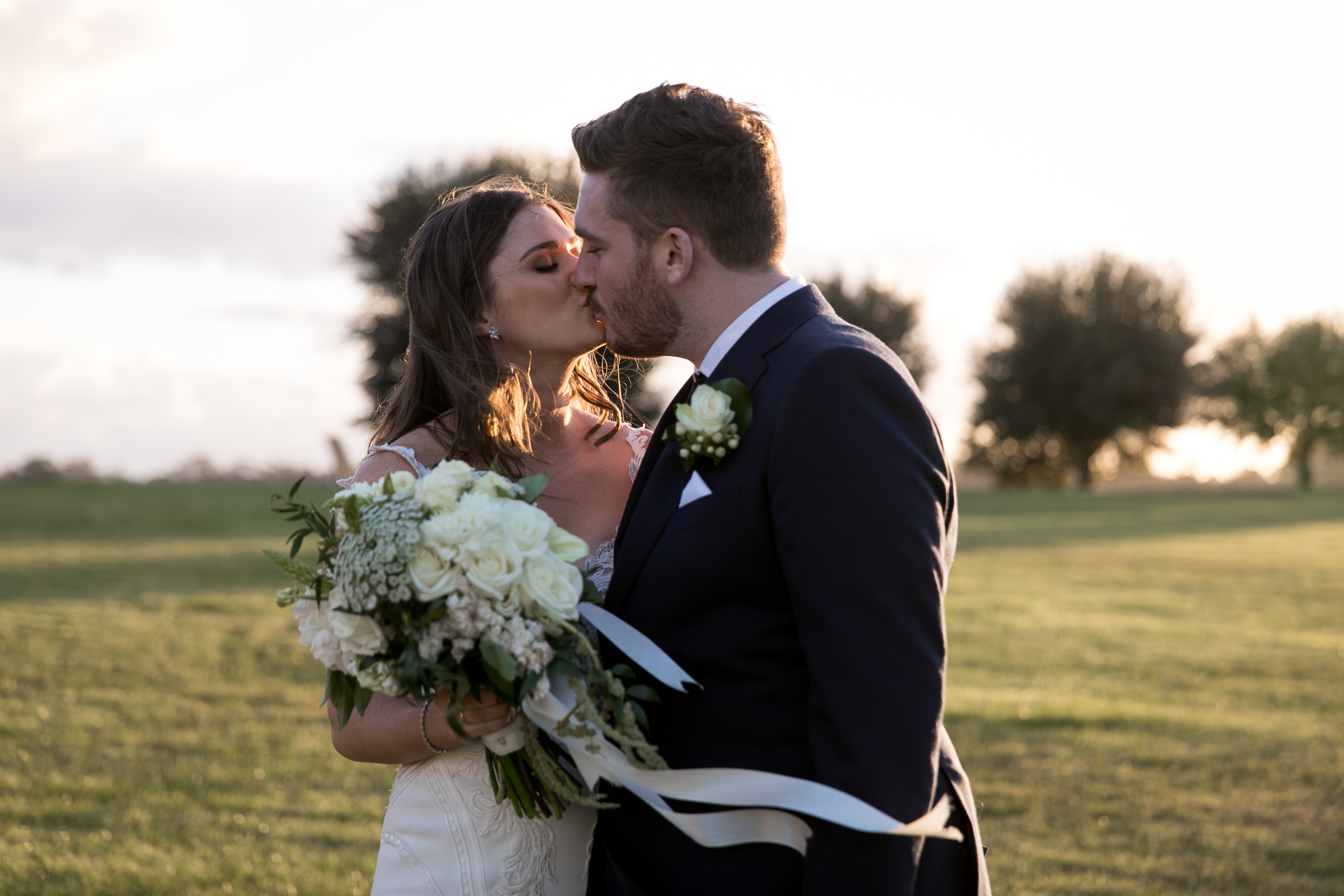 Sarah planned her wedding her way and dispensed with tradition when it came to walking down the aisle, opting to have both of her parents accompany her.

“Mum and Dad separated when I was quite young, and originally I was going to walk down the aisle on my own,” Sarah said.

“Dad lives in Western Australia, and mum had so much to do with planning the wedding, I thought having them both walk down the aisle with me was a good way to include them both.” 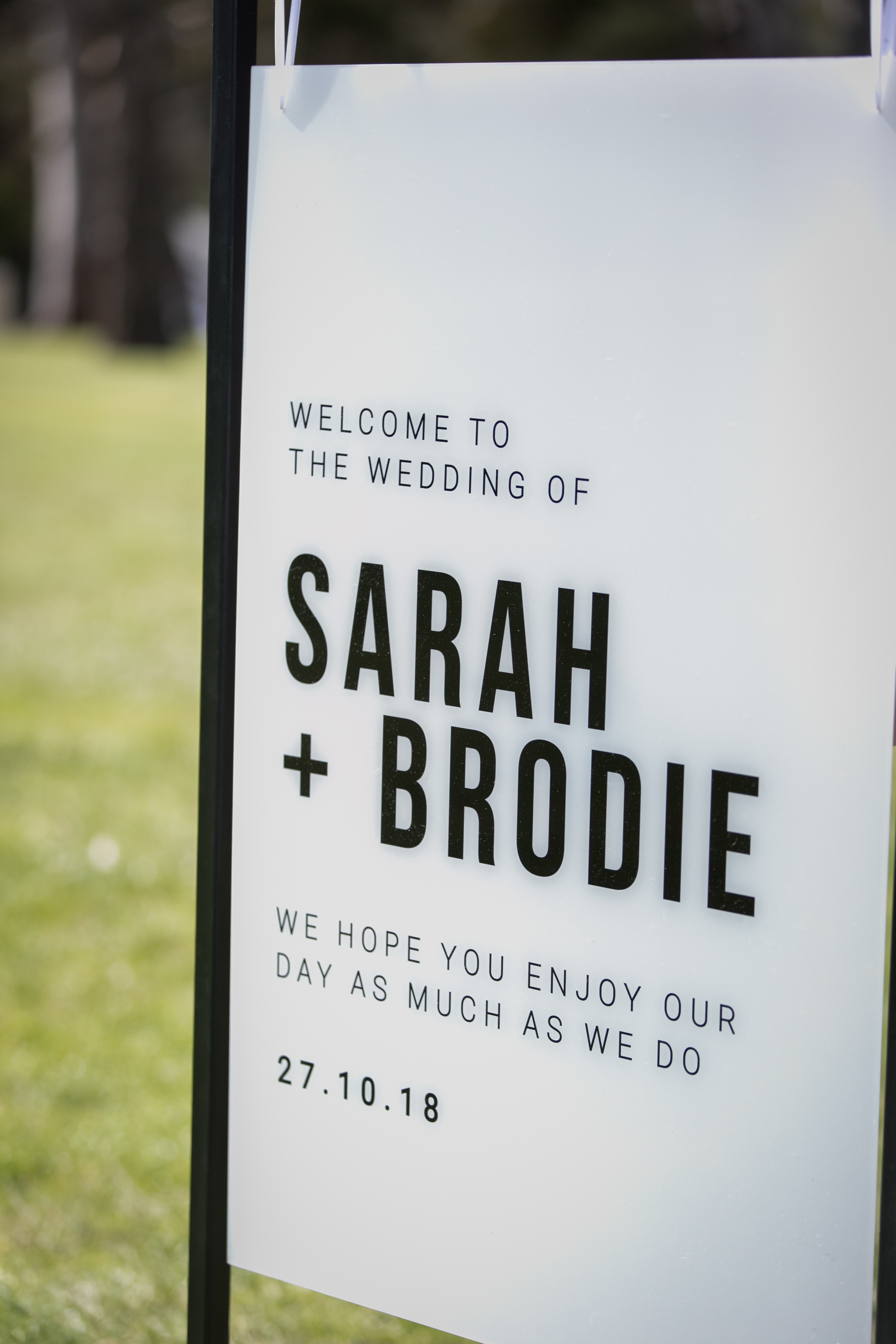 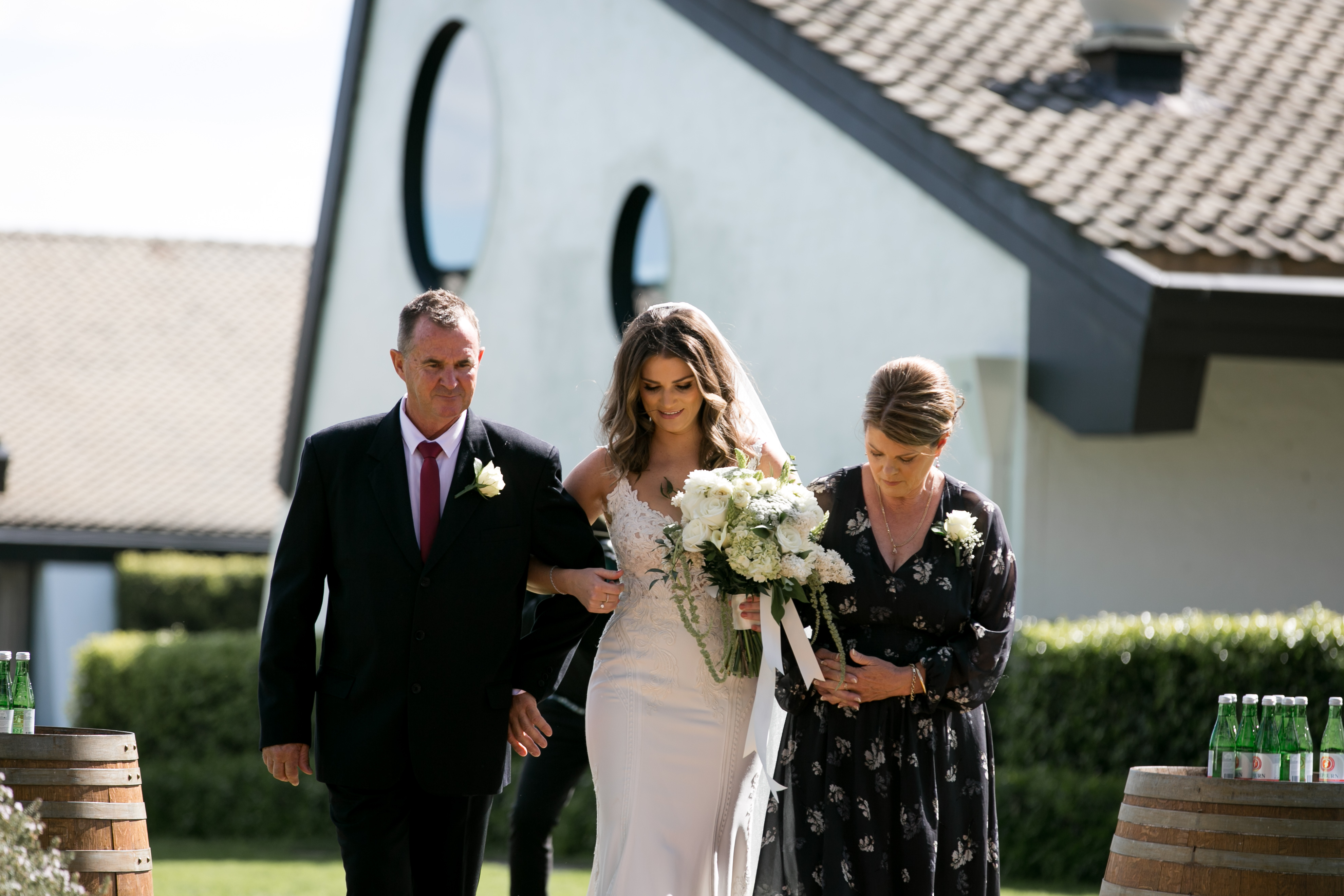 Keeping formalities and speeches to a minimum allowed Sarah and Brodie the chance to mingle with their guests, hit the dance floor and enjoy their special day in a relaxed environment.

“We made sure we only invited our closest, nearest and dearest, it made for such an intimate event,” Sarah said.

“It was our one goal to host an event that everyone just had a good time and let their hair down, we wanted it to turn into a good party.” 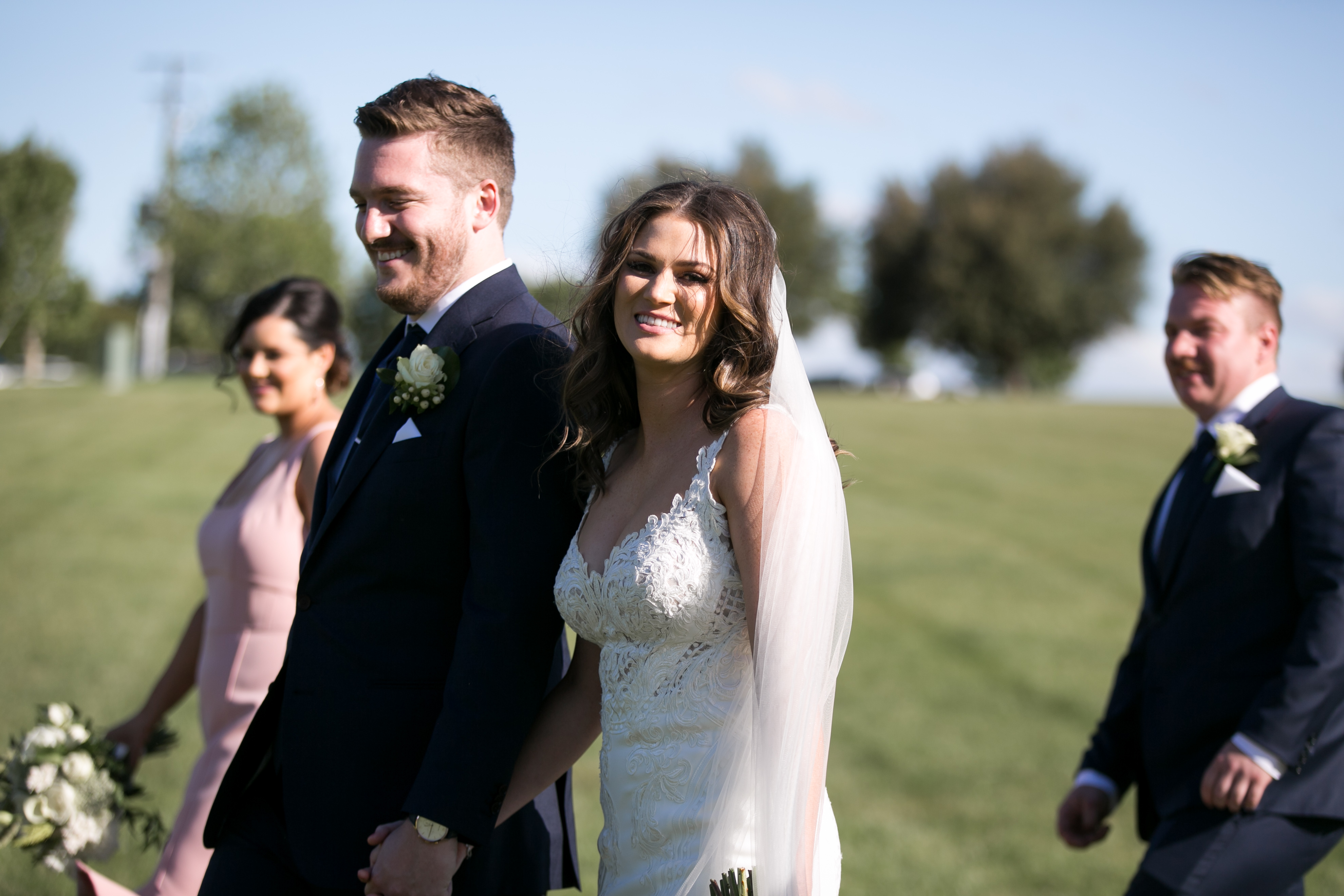 An acoustic version of Christina Perri’s A Thousand Years was performed by soloist Ryan Gay as Sarah walked down the aisle with both of her parents.

For their first dance as husband and wife the couple surprised their guests by smashing out a dance routine to John Legend’s All Of Me after taking lessons from Amanda Garner (Costa) at Excell Dance Centre, Shepparton. 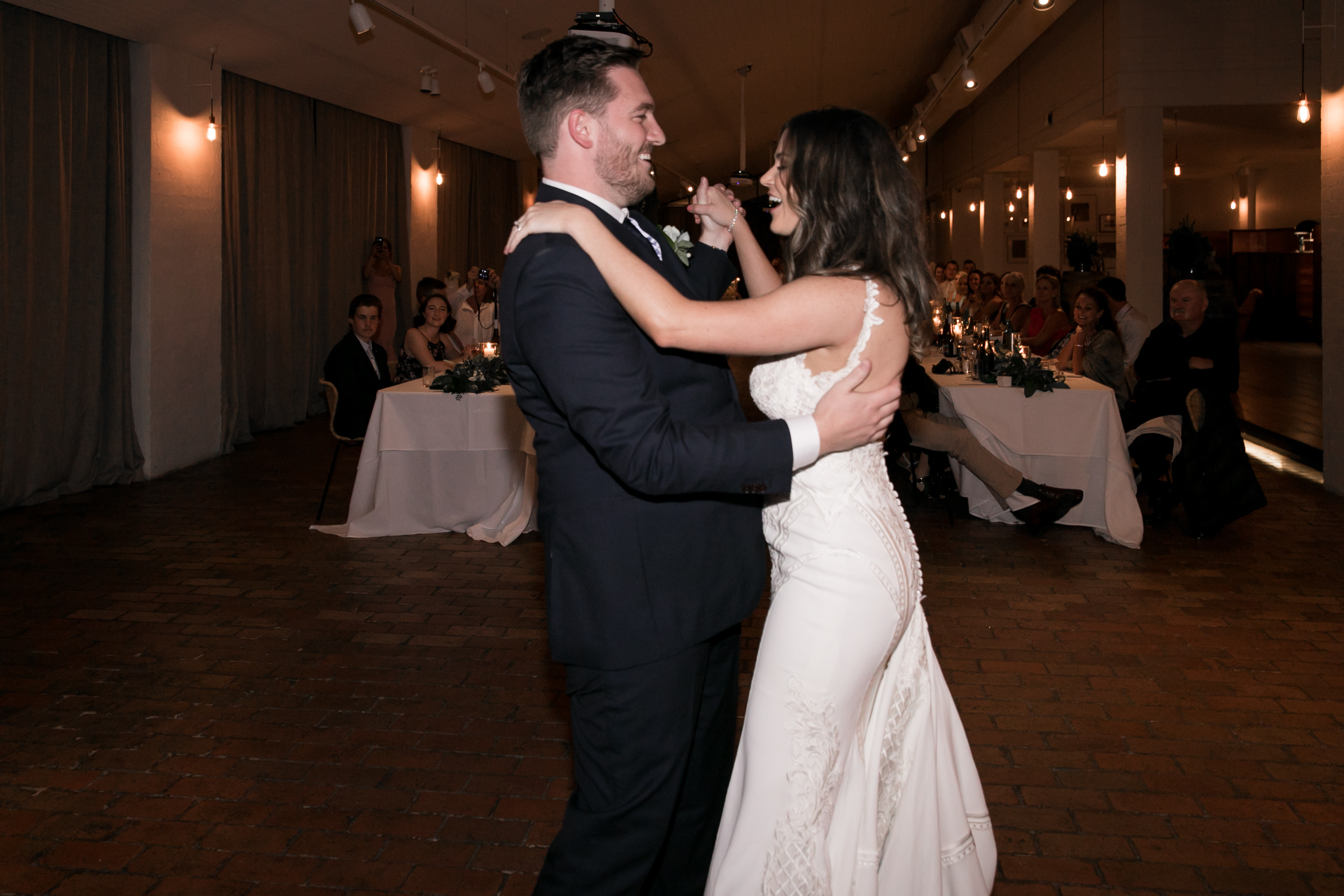 “Right from the start we had the vision of lush greenery, white flowers and candles scattered throughout the reception with hints of gold,” Sarah said.

“We hadn’t seen the reception at all until we both walked into it that evening, it was the best surprise to an already exciting day.” 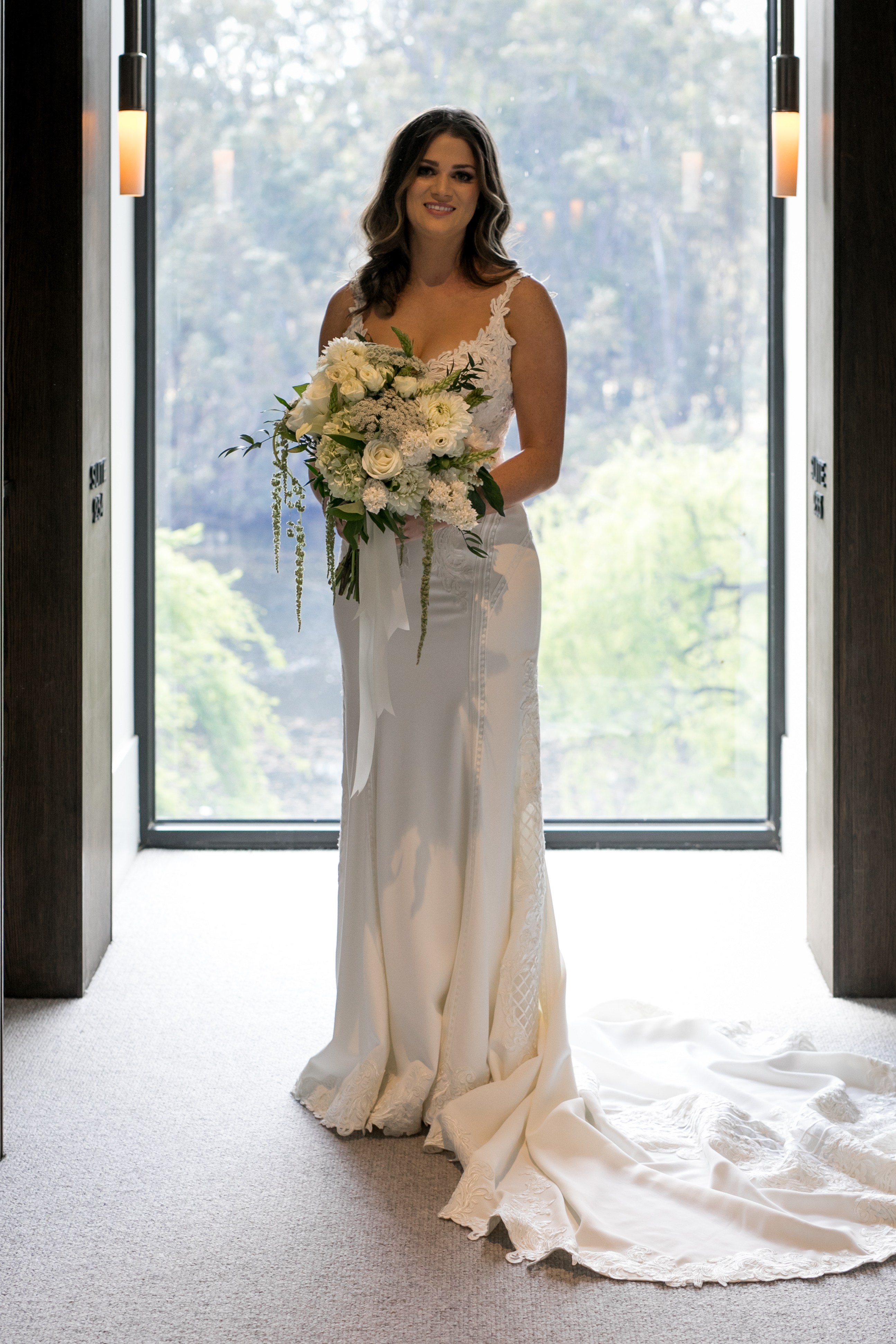 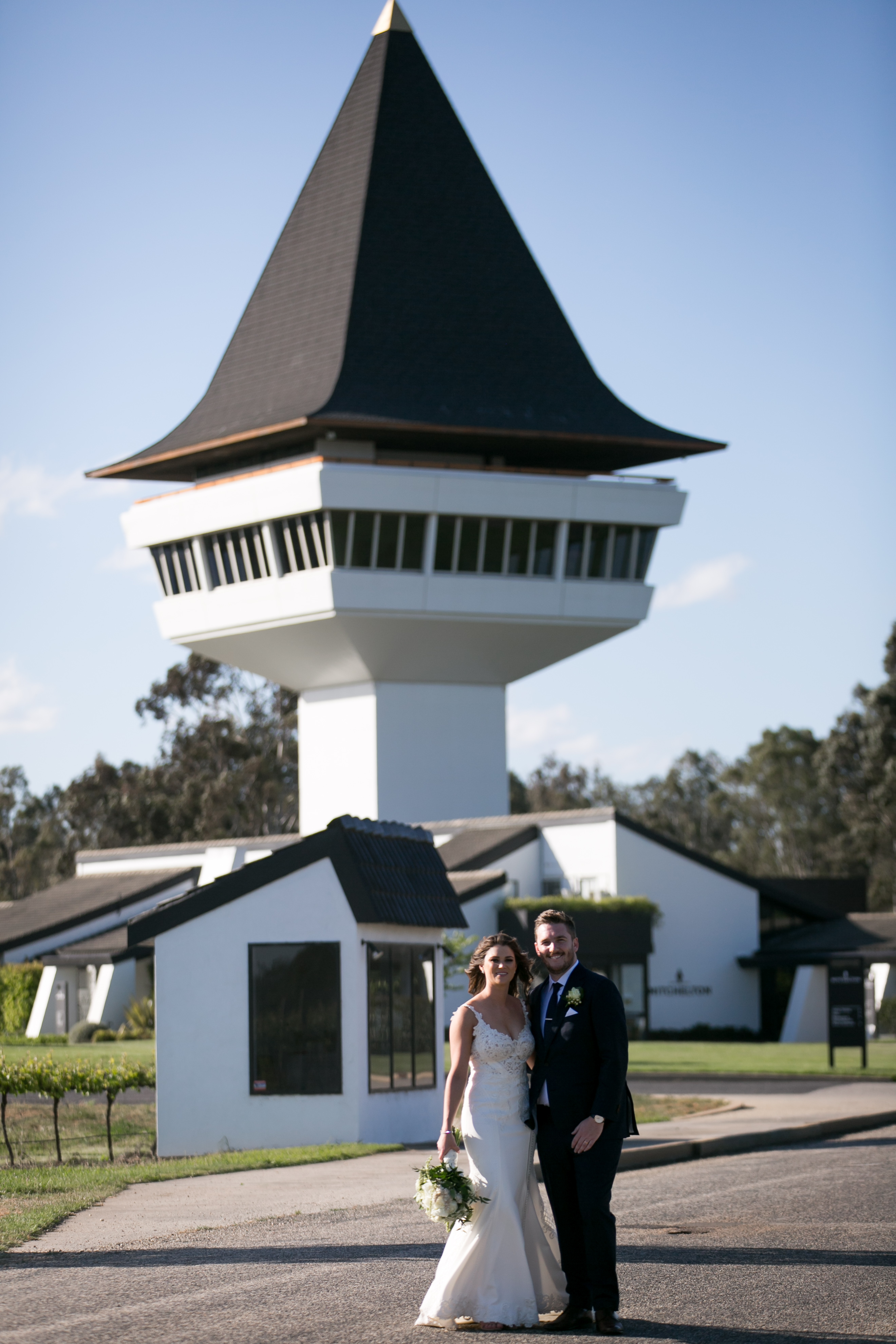 It may be tradition that the groom doesn’t see the wedding dress prior to the ceremony, but this modern couple took that one step further.

“Brodie decided to get his own suit and I didn’t see it until the day of the wedding. I knew he wouldn’t do anything too crazy, I trust his taste,” Sarah said. 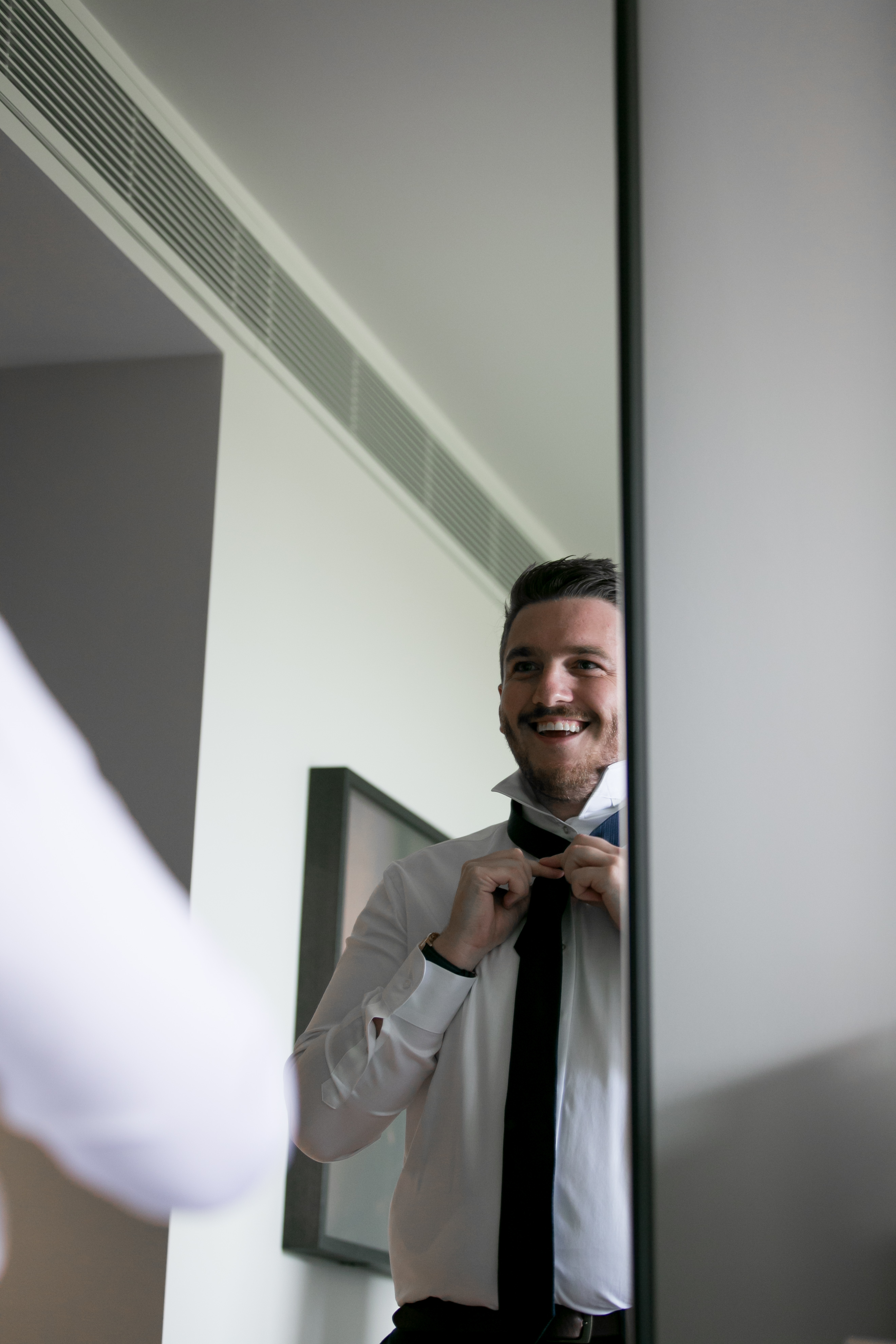 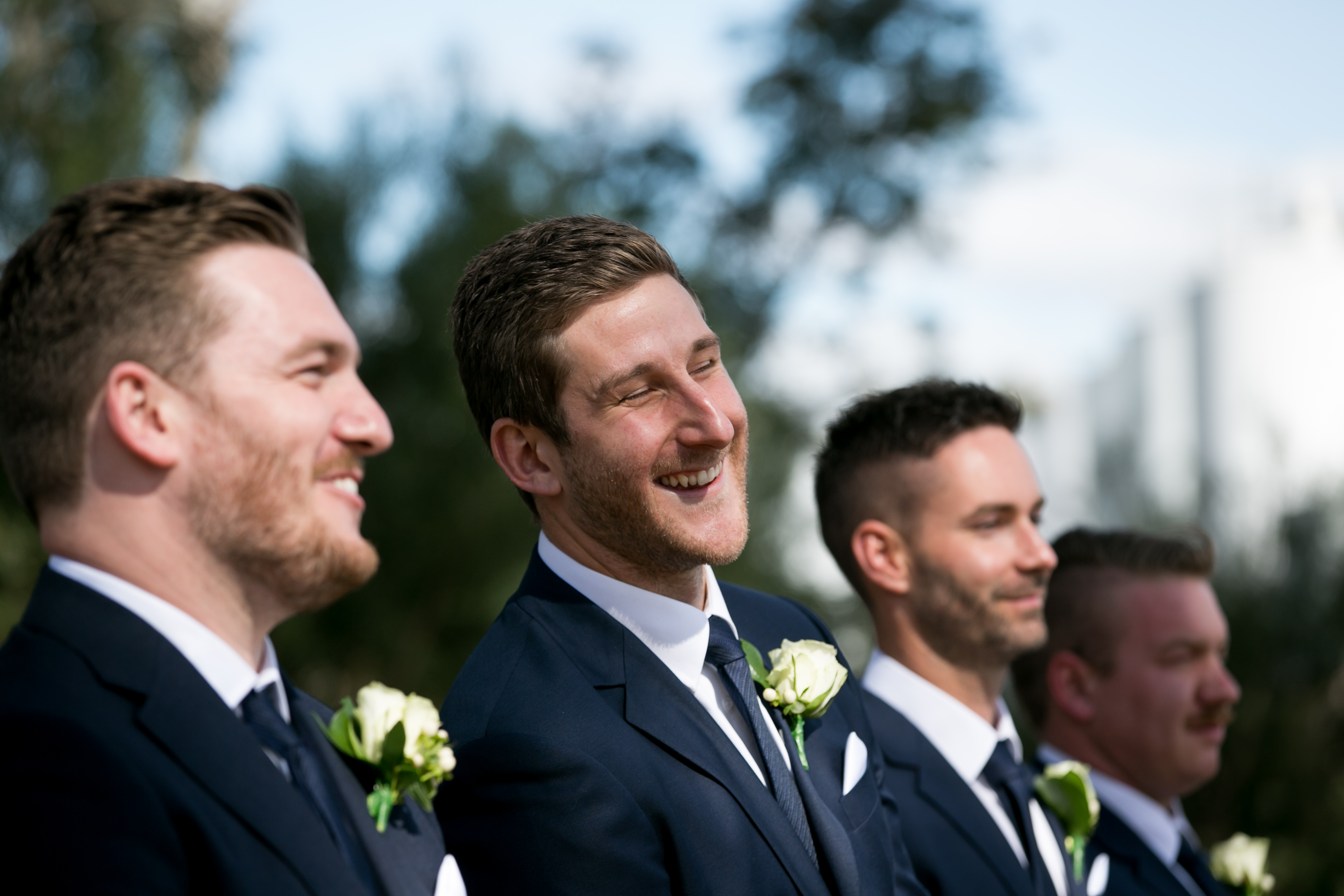 With limited time off work prior to the wedding Sarah kept the planning simple so as not to overcomplicate her to-do list and offers this advice to brides-to-be.

“Make a decision, then put that aside and move onto the next thing. If you go back and change one thing it has a flow-on effect and you have to change everything else,” Sarah said. 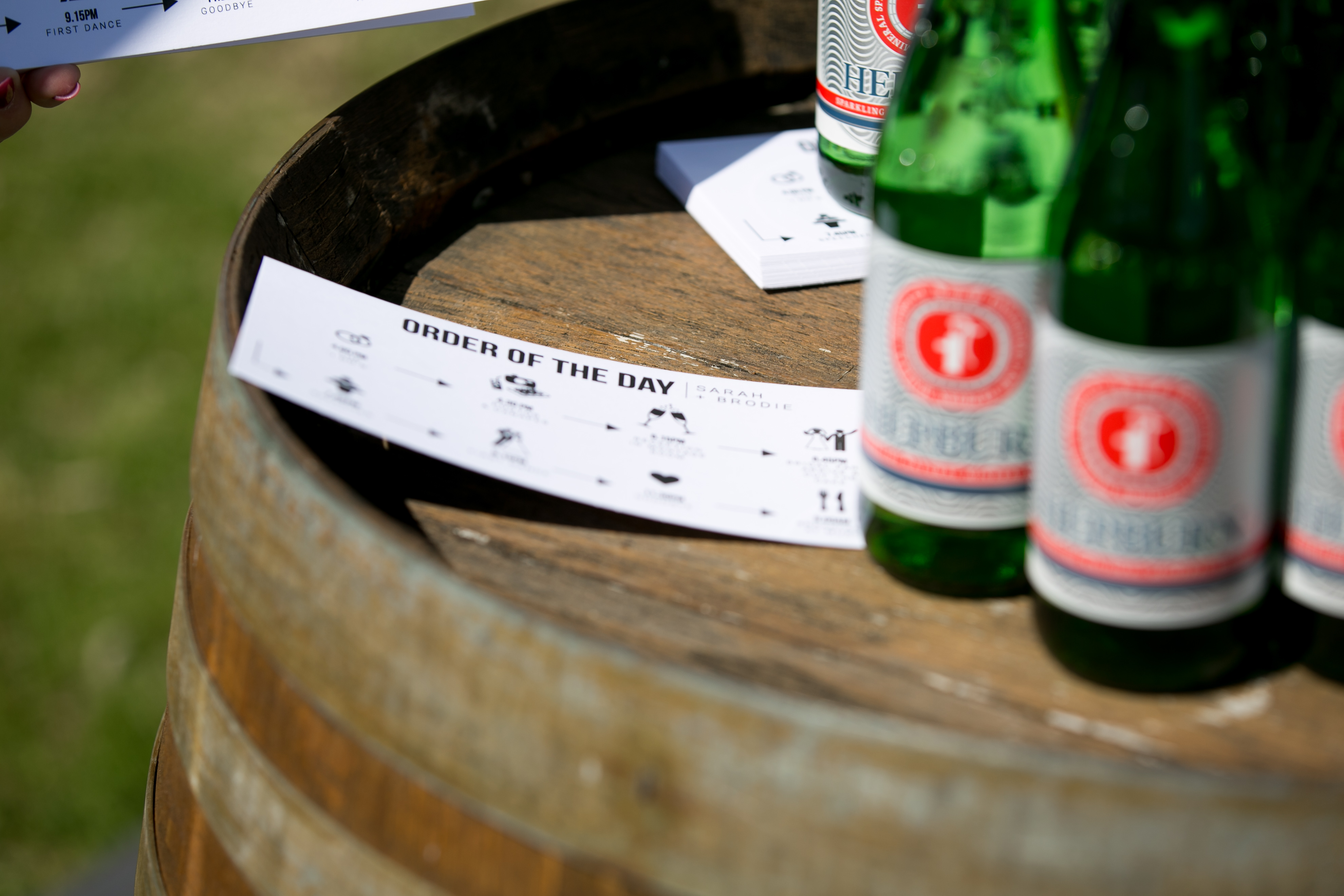 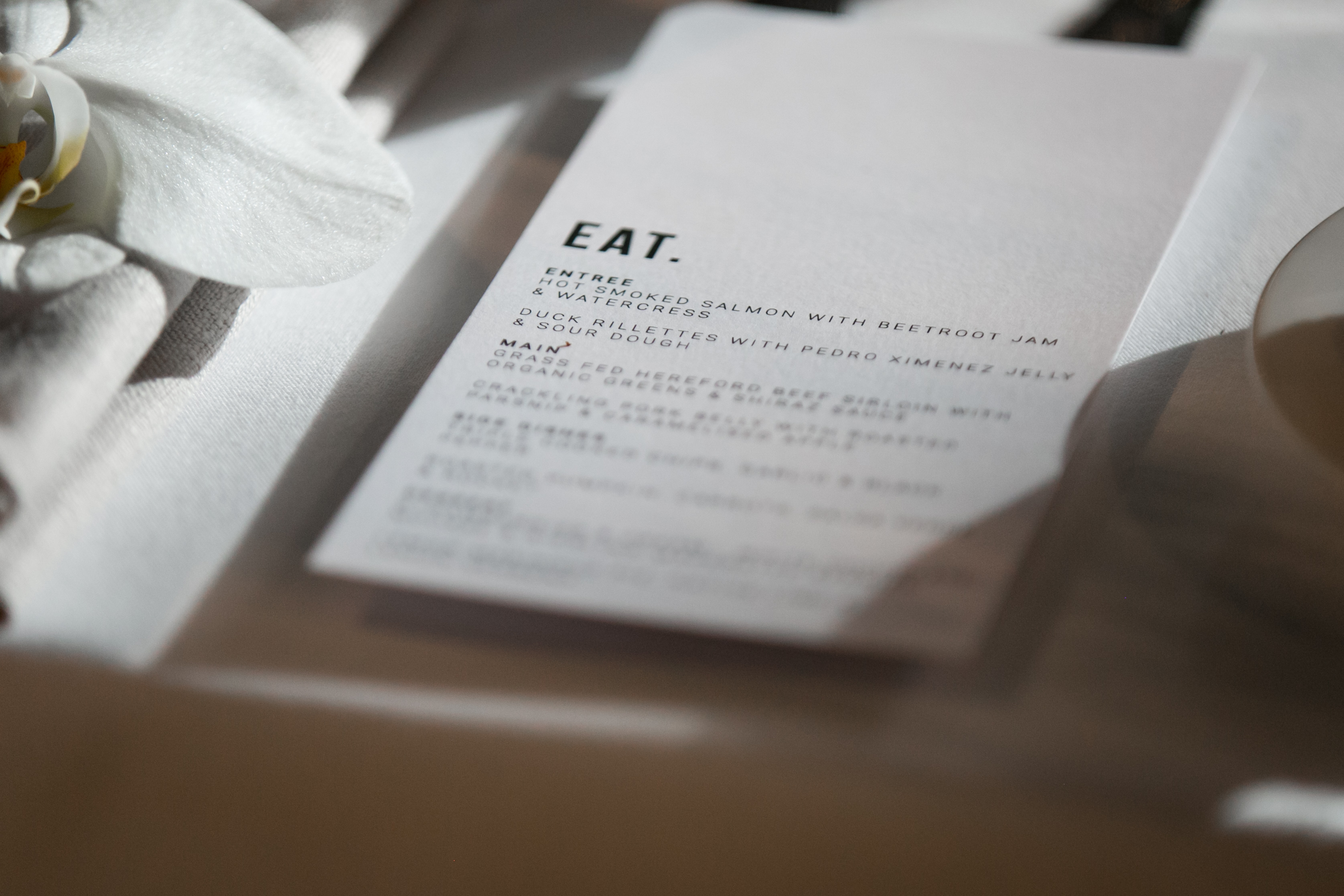